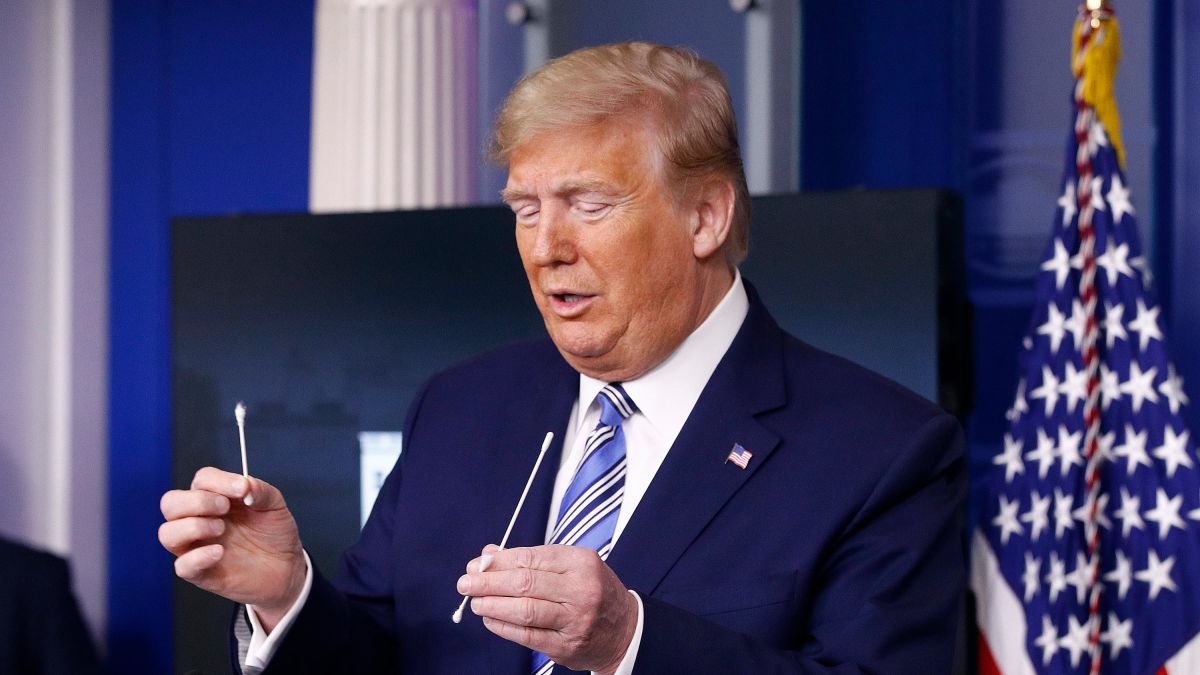 Nice to see you again. Well…not see you. I have been at home, social distancing. I’ve done 2 big shopping trips in the last 7 weeks. Outside of my fiance and some coworkers, I have not seen my family or friends in person.

I saw some of you on TV last week. You had guns and protest signs. You kind of looked like those Americans that you are always saying should be hit by cars. It was a little surreal. When you were holding your guns at the Michigan state house, did you have any fear at all that you might be fired upon? Did you fear for your life? I am only asking because a haircut barely seems like something worth risking your life for. Bearing arms openly like that…you were almost asking for it.

How do you think our President has done these last few months? You must have been so pissed when he said this virus would just disappear. I imagine that must be what those protests were about. You were told this would be over in March, and now it isn’t, I get it. I don’t enjoy being lied to, either. Maybe the Michigan state house was just the closest government establishment you could get to. I imagine you’d have preferred to have the distinct honor of sporting your rifle at 1600 Pennsylvania Ave.

Remember when Trump said the virus would disappear with warm weather? I do. I laughed a lot. I mean…a lot. I was also simultaneously terrified that some people might actually believe that. Did you? It seems like some of you think Trump has a science degree. Remember when he said Hydroxychloroquine might stop the virus and then that guy took some from his home fish tank and died? That wasn’t really funny. On some level, the President essentially encouraged a person to commit suicide. He did it again when he said that people should ingest disinfectants. I didn’t think that was funny at all. All those packages say you shouldn’t drink the contents.

Oh and remember Tide Pods? That reminded me a lot of Tide Pods. Except it seemed a lot of you might be listening. Were you listening? Did you buy any cleaning products thinking they might save you? I’m interested to know.

Have you been tested? I haven’t. I wondered at one point whether I may have had COVID earlier this year. It seems the jury is still out on when the virus arrived here. I think I’d like to be tested for antibodies. Trump said anyone who wants a test can get one. But I haven’t been able to. I don’t have any symptoms and I am not a high risk, and I guess they just don’t have enough tests for most people to get tested. Did they have a test for you? I didn’t know whether Trump supporters got priority or not.

Oh, and did you see Trump’s Q-Tip press conference? I found it educational. I had no idea Q-tips were shorter than swabs. No clue at all. I felt like I was watching an episode of Bill Nye. Really great for the kids. Did you think so? I hope you laughed.

Do you hate Dr. Fauci? I don’t. I think he knows what he’s talking about. He’s a doctor with a ton of experience and he seems to be in line with the scientific community and the CDC in most cases. He’s a straight shooter. He tells it like it is. He doesn’t take any BS, either. He’s even contradicted the President a few times. Actually…I guess that makes him kind of like Trump, right? He’s bold, he confident, he seems to believe he is telling the truth and he’s not going to let anybody, not even the President, put words in his mouth. I think that’s admirable, do you?

I have seen some Trump supporters upset with Fauci. Did you hate Fauci before this? Did you know who he was? Were you aware of his record or his career? If you hated him before, you probably had a reason. If you hate him now, what don’t you like? I’m curious what research you have done to arrive at your current distaste for him. Will you share that with me? I try to keep an open mind on these things.

How about these masks!? I was watching Rachel Maddow ( You probably don’t like her, that’s ok, I’m not a fan of Tucker Carlson, we can agree to disagree, we are all entitled to our opinions) a while back, during the first few weeks, and they showed the healthcare workers in New York. They were wearing trash bags, and reusing masks for protection. Their faces were bruised and irritated from the continued mask wear. And they didn’t have enough supplies. My fiance and I knew they needed help. She was able to sew up some masks to donate.

They were just cloth, made of t-shirts or some new material she ordered. They are colorful. I have a few I wear when I go out in public or to work. It makes me feel good knowing that if I am carrying COVID, I might be helping in not spreading it to people I care about. Do you feel that way? I try not to be around many people, but I can’t imagine the guilt I’d feel if someone I was in contact with passed away from COVID and I ended up being a carrier. How would you feel? I think it’d take me a long time to process that.

A lot of you seem really angry about the masks. Some of you went through immense hardship in the military, or even in your personal lives. Sometimes, the reaction to wearing a mask makes it seem like you think you may die if you do it. Some people even seem to imply it violates a right. Do you think it does? And if you do, I’m interested to know what evidence you have found that supports your feeling. Does your state constitution bar a governor from issuing such orders to protect the general good? Or do you simply think masks look silly? Are you embarrassed to wear one? Don’t be. Everyone is. We all look the same. Most people made their own masks or had them made for them. We didn’t even buy fancy ones! So there’s no shame.

I’ll admit, sometimes my mask makes me a little itchy. I just wash my hands real well before I touch my face at all. It’s an added step, but I will live. Just curious, if you don’t think you need the mask, are you also not washing your hands often? If you don’t think the masks help, are you doing anything to stop the spread or are you just going about as normal? I guess I’m wondering if there is a line for you. I will say, for me, I try to do all I can to help. This is only temporary, after all.

It’s crazy. I saw some governors and officials suggesting older people should risk their lives for the economy. How do you feel about the economy? I’m indifferent to it, mostly. I know it affects things. But I can’t visit it, or share memories with it, or go out for coffee with it. For me, mostly, when the economy is bad I have a lesser chance of getting or keeping a job and when it’s good I have a better chance of those things. But I kind of think that’s the extent of it. I’m not big into Wall St.

I thought it was pretty cool for Trump to sign off on all those unemployment benefits. Especially the extra money to help those affected. For the first time, it’s like the government actually realized that people need more than just the base salary to afford things like healthcare when they don’t have a job. A lot of you seem upset about the extra money. Why is that? Do you think those people shouldn’t have the extra for things like healthcare, or do you just secretly wish you got laid off? I get it. Work sucks, am I right? I mean I’m grateful to still have my job. Some extra money would be nice, but I’m happy I don’t need to worry about whether I will have stable income once this is over. I feel bad for those who lost their jobs. They don’t have guarantees. How do you feel?

I worry about getting this disease a lot. I’m healthy. I don’t have underlying conditions. But I have seen stories about people in their 30’s succumbing to this, and they were healthy, like me. Do you worry about it? Or do you just think it’s a cold, and no big deal? I saw healthy people without symptoms are dying suddenly of strokes. My family has a history of strokes and that makes me worry. I don’t like to take chances with my life. Not generally. Do you worry about what will happen to your loved ones if you aren’t lucky enough to survive this? I do. I think about it often. And I worry about them getting sick. So I am doing everything I can. Are you?

This has really put things in perspective for me. It has made me realize how lucky I am. This epidemic is unprecedented, and yet staying home for me just means more time with family, more internet time (for better or worse) and for work, I feel more productive working from home, personally. It stinks not seeing friends, but we have our phones and Zoom at our fingertips, and I am a gamer, so I still get to do things with many of my friends. It’s an unprecedented event, and mainly, I’m just more bored. Is that how it is for you? I know small business owners are hurting. I feel for them. But for most Americans who don’t own businesses, are you sharing my experience?

I think it’s pretty amazing that cabin fever is all that is being asked of us in order to get through the worst pandemic in generations. It’s amazing how far we have come.

I’ve asked a lot of questions. I hope some of you are willing to answer. I want to be clear that I am not equating one Trump supporter with another, or insinuating that all Trump supporters exhibit all of the behavior or tendencies I have detailed above. This note may be all-encompassing, but it is not meant to suggest that every single Trump supporter has these feelings, so please do not take this personally.

I look forward to your responses, if you care to share them.