This is How We Get Ants 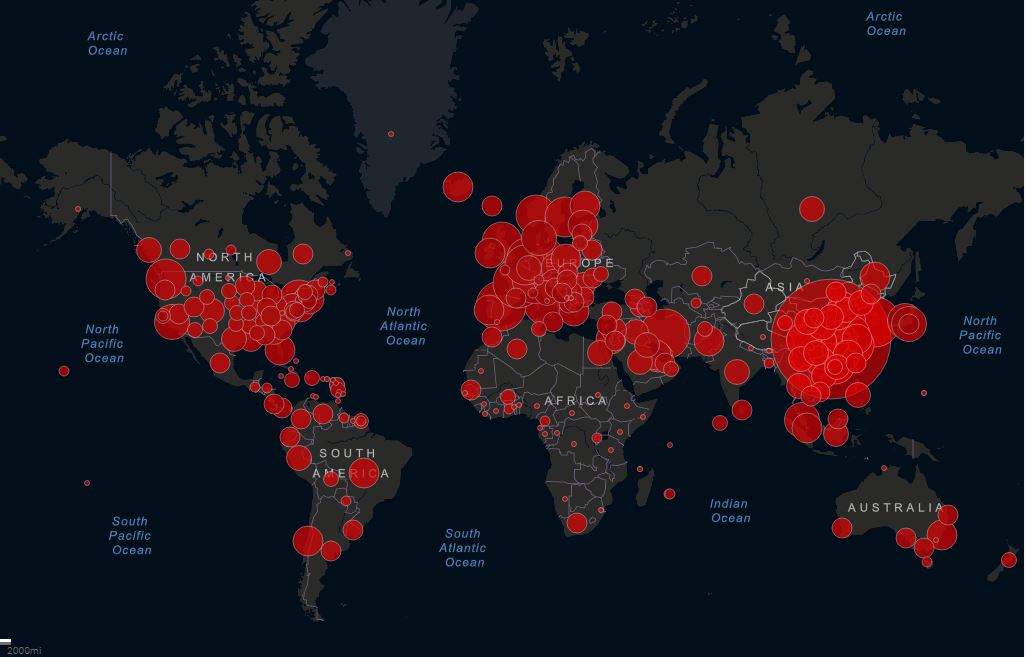 It’s common sense. Leave a pile of donuts on the floor, and you’ll probably get ants.

We’ve all seen it. Random crumbs of food on the sidewalk, covered in ants. A brigade of the small, well-organized insects cleaning off your kitchen counter. Ants eat food. If you want them, leave some food out. There you go. We will come back to this later.

Ants have nothing to do with this current epidemic. As far as I know, they can’t catch it, they don’t spread it, and they likely don’t even know about it. They aren’t involved. I would say they never will be, but this is a virus that came from bats, or a wet market, or a Chinese lab, or a US lab. Who’s to say it couldn’t have been ants? I digress.

I began my own social distancing 34 days ago. I have been careful to follow any safety suggestions I come across, mandated or not. I have gone grocery shopping three times. Outside of my fiance and my coworkers, I have seen no family or friends. I limit my hours at work. I wear a mask in public spaces. I tried to go exercise once, but there were too many people out, so I didn’t try that again.

In my home state of Rhode Island, the restrictions came quickly…before we had any deaths. Large gatherings were restricted. Six-foot social distancining was implemented. Non-essential workers were to work from home. It took a while for the cases to grow here, longer for the deaths. We saw our first case here on March 3rd. We didn’t have our first death until March 28th, nearly two-weeks after restrictions came into play.

I’ll admit, I was proud of my state. New York and New Jersey were spiraling downward. Washington State had its hands full. Just north, Massachusetts was seeing numbers climb. But we were ahead of it. And somehow, sandwiched between two huge cities, we remained, more or less, safe.

Connecticut began to see a rise in cases, but ours still climbed slowly. It wasn’t until early April that things began to deteriorate here. Yesterday, April 18th, we saw our highest single-day rise in cases…366. We now have over 4,100 cases here in our state of 1 million residents. In short, the worst is yet to come here.

We have lost an average of 2,000 Americans per day, every day, for over a week, and though there is a potential plateau in new cases in some states, cases and death toll continues to rise steadily across the nation.

No community is through this. Not even close. While New York and California are seeing a flattening of their curves, Rhode Island, New Jersey, and Massachusetts are all climbing. For the first time, the midwest is being impacted, with multiple factory closures over the past week. Many of those communities do not have anywhere near enough ICU beds. It is a disaster waiting to happen.

Social distancing is considered responsible for the plateau that may be emerging in those earlier-affected states. It isn’t a great plateau. We lost 2,996 Americans on 9/11. In essence, we are seeing COVID-19 inflict similar fatalities every day. And the damage may be greater. Deaths at home are not being tracked, and deaths in nursing homes, where a far-too-large percentage of COVID-related fatalities are occurring, are not providing reliable numbers.

But this week has brought on a lot of discussion on reopening the government, a notion that seems insane to me. We are now approaching 1 million cases in our country and 40,000 deaths. And this virus will not magically disappear once we reopen things. To make matters worse, we have the federal government taking bought and paid for supplies from state governments, limiting those state’s abilities to protect their healthcare workers and care for their people. Experts warn that a preemptive loosening of social distancing practices could be catastrophic. And I worry a lot about this.

If we try to return to normal too early, this virus will spread. As I mentioned before, when my own state started distancing practices, there were very few cases here and no deaths. Now, there are 4,000 known cases. If in two weeks we were to loosen restrictions, our chance at exposure to the virus would be exponentially greater than it was in mid-March. Go to the store, and there are still shortages of sanitizer, gloves, and masks. There are no thermometers on the shelves. I haven’t seen a regular pack of chicken breast in 6 weeks. And in Rhode Island, like in many other places, we have not yet hit the peak.

Trump is pushing for a May 1 open. Two weeks away. In two weeks, Rhode Island and New Jersey may be experiencing their peaks. Those communities in the midwest will likely be experiencing rapid community spread and extreme bed shortages in hospitals. Cities not yet effected will be. This is the likely situation.

And there isn’t enough testing. A recent Harvard study found that states should not reopen unless they can complete a minimum of 152 tests people per 100,000 per day. Strangely enough, Rhode Island was found to be the only nation in the country currently doing enough testing to meet that requirement. And it’s getting worse here.

Jacksonville, Florida just reopened their beaches. Crowds of people came out, many without protective gear. With this highly contagious virus, it will be surprising if cases do not surge again there. And if they do, it would be a hard, and unnecessary lesson.

The bottom line is that staying home is hard, but it is far from insufferable. It is inconvenient, yes. But it is lifesaving. My heart goes out to all the unemployed, and I hope the government is able to provide them with more sustainable income while this virus continues to affect us. But being poor and alive is better than being dead. Many government officials, primarily on the right side of the spectrum, are asking Americans to risk their lives, and endanger others, so that cash can flow back into the pockets of, sure, regular people, but primarily wealthy business owners and investors. They need people back to work so that they can make money off of them. As Sam the American Eagle once said…”It is the American way!”

But the American Way is likely to get people killed. If we as a nation have decided to put more value on the value of a dollar than on the preciousness of human life, than our American values are betraying us, and warrant reevaluation, sooner than later.

It is imperative to protect lives, even at the risk of financial loss. Money is an unnecessary middle-man between us and survival. It, in itself, is not necessary to survive. And we need to remember that. We need to emphasize that. And we need our government’s actions to reflect that.

So it is common sense to keep things closed. It is common sense for us to make sure that we do this right, and we do this right the first time. It’s not complicated. It’s simple. If everyone stays home, limits exposure, and holds tight until our medical facilities are staffed and protected, our medical supplies are on shelves at pharmacies and testing for COVID-19 is available, for free, to anyone who wants to be tested, more of us will stay healthy, and more of us will stay alive.

But if you leave donuts on the floor, you’ll get ants.

Podcast: Your Rights, COVID Mandates and Why Americans Are Still Dying