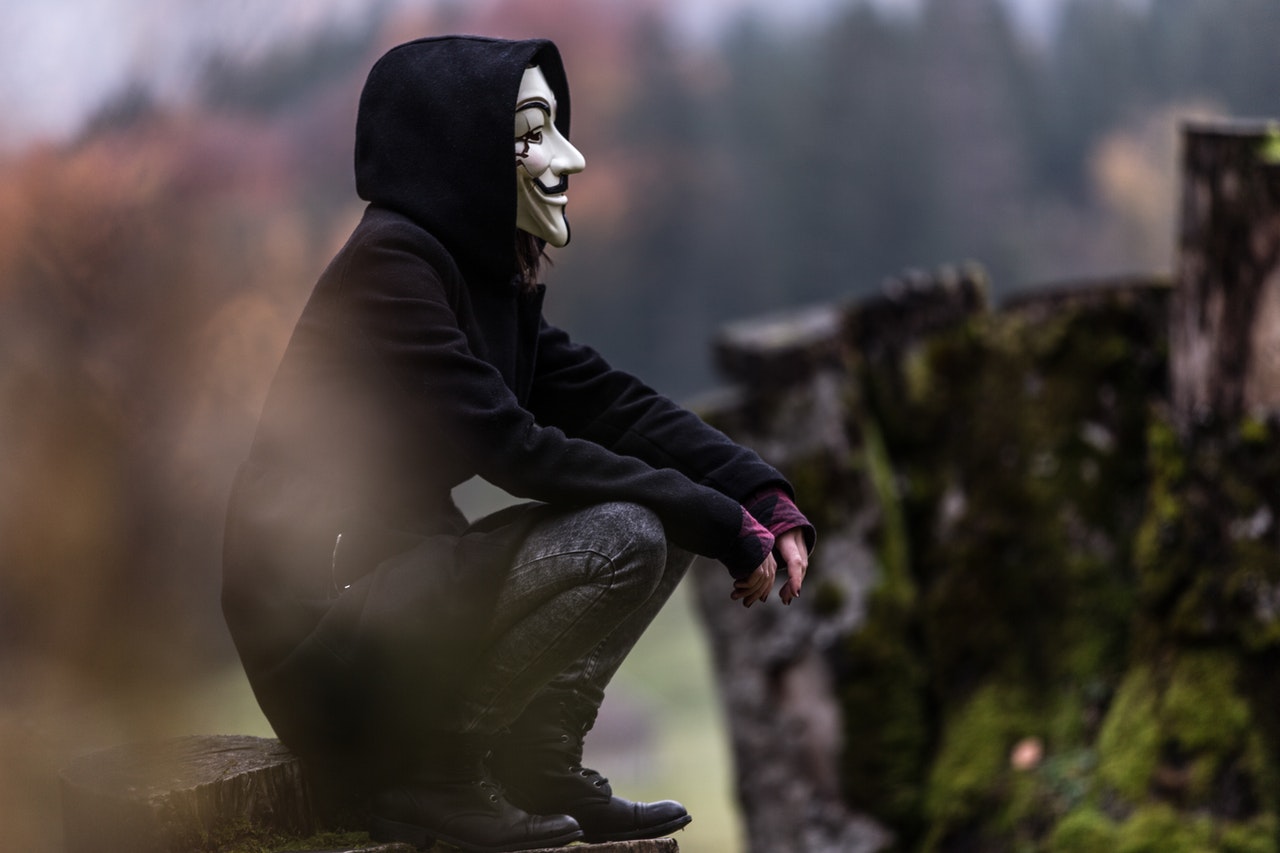 This morning a friend messaged me with a link.

“I demand a Nu Deal post on this!” followed by:

The link was to an article titled “School Leader in Texas Tells Teachers to Balance Holocaust Books With ‘Opposing’ Views.”

“OPPOSING VIEWS.” The only statement my friend needed to make in regard to this situation.

This is where we are.

The headline made me think of something that often enters my mind, especially of late.

If it weren’t for people, most people would be pretty happy.

And I don’t mean this in a purely anti-social way. I know plenty of people who say ” I can’t stand other people,” or “I hate other people,” or “I prefer animals to people.” And sure, maybe what they mean is somewhat related to what I am about to express, but that’s only a very small part of it.

What I mean is that at this moment in human history, the vast majority of our problems only exist because other people make them exist. This is far from being a new concept, and it is certainly not a new reality. But it is a reality we don’t talk about enough. We all seem to understand that we are the masters of our own fate, and potentially our own demise. We seem to be obsessed with the notion we are killing ourselves off, and some people admit they are looking forward to that moment, fueled by this knowledge that humanity seems to do more harm than good, so good riddance.

At first glance, I think we can all understand that point. Humans are constantly making decisions that have massive negative impacts, intentionally or not. And this happens on every level.

You were watching television. A presidential candidate was recorded saying “And when you’re a star, they let you do it. You can do anything. … Grab ’em by the pussy. You can do anything.” Memories from a past night years ago flare-up in your mind – your own trauma grips you. You sink into the couch, sick to your stomach. “He can’t say that,” you think. “He can’t get away with that,” you reason. He did say it. He does get away with it. But what’s worse is the men around you defending him. Men you thought understood. Men you thought had compassion. You lose hope in the world.

You went on vacation for a week and when you came home, a window was broken, your house was in shambles and many valuable possessions had been stolen from you. You worked for those things, you dreamed of getting those things, and another human just took them. So you go out and buy security cameras, and you always make sure your doors are locked, and you don’t really know when you can take another vacation.

You get terrible news that a grandparent has died, or a mother, or a friend. You’re devastated. You want to go to the services. It’s important to you. You ask your employer for the time off and they deny you. If you take the time, they say, there may not be a job for you when you get back. You don’t make a lot. You can barely make all the ends meet. To be unemployed would be to put your livelihood in jeopardy. You sit at home and cry yourself to sleep because another person values a day’s profit over your love for a person who has passed, and your chance to say goodbye to them.

A black man is killed in the streets. Again. A name among countless. This time is too far. This time the people decide that they must do something because the law is not on their side – the Law is killing their brothers and sisters. They protest, they revolt, hundreds of years of pent-up frustration fueled by centuries of oppression pour out. They march, they shout, sometimes they burn and destroy. Cities around the country resemble the aftermath caused by frustrated sports fans after their team wins or loses a championship. Cars on fire. A spark of hope ignites in you. Maybe things are changing. Maybe this is what we fight for. “Riots,” the racists say. “Looting and pillaging,” the oppressors shout. “That’s not how you protest,” the ignorant voices exclaim. And there are far too many of those voices.

A virus sweeps the world. It’s killing thousands of people. “Stay inside. Wear a mask. Limit contact. Social distance.” You do. You do it all. Hope is delivered in a vaccine. You get it immediately, relieved. But the others don’t. The others don’t care. “My body, my choice,” they exclaim because they think they’re clever. “My body, my choice,” they exclaim, as they impose death sentences on unknowing people around them, and ironically, on themselves. The virus was deadly, but it was the plague of selfishness that kills the most people – including your friends and family members. Your confusion and your anger and sadness consume you. You can’t blame anyone even though you know so many bear responsibility. All the killers who don’t know they’ve taken lives in the name of their “freedoms.” But then again, that’s any war, isn’t it?

You are browsing the internet, and you come across an article titled “School Leader in Texas Tells Teachers to Balance Holocaust Books With ‘Opposing’ Views.” You do a double-take. Multiple family members died in the concentration camps. You were taught early-on about the horrors committed in World War II, the discrimination and hatred that was allowed to manifest against people like you. You learned about the millions who were killed – one of the greatest atrocities in human history. And now you are nauseous. You can’t drink your coffee. A public school administrator is advocating for the defense of Nazism – and all because an anti-racism book was found in a classroom and that was too close to brainwashing, too close to “critical race theory.”

Shouldn’t kids be able to explore whether or not they want to be racist? They didn’t choose to be tolerant. Their parents told them to be. Shouldn’t they be exposed to alternate views? Shouldn’t they be allowed the opportunity to cultivate hate?

Other people think those kids should have those opportunities.

Other people are the problem.

But it’s not all other people. It’s not even most other people, even though it can feel that way.

At risk of sounding cliché, love always wins, and literally everybody knows that. And the vast majority of us live our lives knowing that, and aspiring to be good, to be better. We love our families and friends. We stop to help a stranger who needs help. When a friend needs help, we drive there at 2AM. Most of us, so far as I am willing to bet, are willing to repeatedly put the needs for others – and our love for them – above our “selves.”

Oh, and by the way, a lot of the people who are the problem, the people that suck, the people we curse under our breath, a lot of them are the way they are because somewhere along the line, some terrible people who also sucked were a problem and their shitty actions hurt the people around them so badly that those people also, unfortunately, became shitty. It’s not an excuse. You can still curse them under your breath. They don’t have an excuse for not being good. They just have justification for feeling hurt, and broken and being in need of love.

To quote M. Gustave, “Rudeness is merely the expression of fear. People fear they won’t get what they want. The most dreadful and unattractive person only needs to be loved, and they will open up like a flower.”

Good actions are quiet actions. They do not often receive fanfare. Good things don’t drive TV ratings or social media algorithms. The rules people made constantly put emphasis on the bad, the ugly, the loud, the ignorant, the provocative. But the loudest voice is never the only voice.

And this is why I have faith in people, and in our future. We just need to be brave. We live our lives, every day, under the shadow of man-made rules that exist within man-made systems that were created to simulate a battle for survival we already won. We have food, we have water, we have shelter. We have love and we have families, and we still have communities. And we still have those things if we throw the current set of rules out the window in favor of rules that actually allow for a better quality of life and actively promote a deeper and more meaningful enjoyment of that life.

Greed – and the illusion of grandeur – should never be prioritized by society over the well-being of even one person.

We are enablers, all of us. We enable the people in power, we enable the systems, we enable the rules. We enable a system that promotes inequity, that thrives on disparity, and creates an environment where crime and violence and racism and tribalism feel like they are necessary to survive in it. We choose not to vote, or to vote against our own self-interest. We choose not to invest energy in change. Who has the energy for it? We need to work. We need to earn money. We need to provide for our families because even if the rules are stupid and created by problem people, to ignore them for too long could mean giving up our well-being – which of course, is part of the problem people strategy.

And that intentionality is important. Those nihilists and nihilists because they feel like the whole thing is just too big to change. “Let’s just hope we blow ourselves up before it’s too late.” Sure. I get it. But we don’t need to end humanity to stop being pestilent. The problem people, the hateful people, the power people – they’re just people. They aren’t a hurricane. They aren’t an earthquake. They do not exist on a scale so large that we can’t do anything but feel helpless.

Everything else is our doing. The great thing is, if we made it, we can unmake it. We can unmake the problem people by unmaking the world that created them.