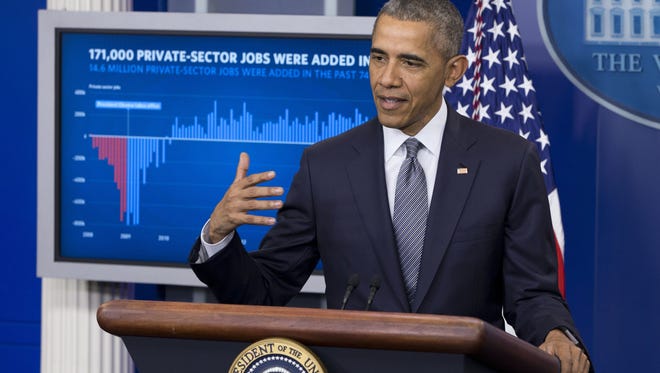 The contents of this article are based primarily on this factcheck.org piece by Brooks Jackson is September, 2017. Click here to view it.

Too often do I see people claiming that Donald Trump miraculously fixed the economy, created jobs, etc. And it just isn’t true.

Has Donald Trump maintained the economy? Certainly. But President Obama inherited, literally, a worst case scenario from George W. Bush. In 8 years, every aspect of our economy, perhaps outside of wage growth, was firing on all cylinders, with new stock market records and historical unemployment lows. This despite what the right calls “over regulation.”

Trump has lowered unemployment about 1%. He passed a tax bill that heavily favored the wealthy, and yes, the market continued to rise. But his job creation numbers are substantially lower. He has stripped the ACA, deregulated critical environmental protections, and diverted us from renewable energy. Trump is not a miracle worker. He received a high-functioning, fast-growing economy and he has maintained, if not stunted, those trends of growth. Numbers don’t lie, and there is far more research out there than this one article. But things were going pretty good in 2015 and 2016, and drastically better than in 2011. I can’t say that the numbers we see on Trump today show we are doing drastically better now than in 2016.

As of October 2019, this Factcheck.org article shows the following:

I want to be clear. I do not think things have fallen apart under President Trump. The economy is still in a good place. But to me, it does not feel any better than what we had under President Obama, and I think this notion that Trump came in and changed everything needs to be dismissed.

Long story short, we saw far more growth and improvement in the economy under President Obama than we have seen with President Trump. We have maintained low unemployment, slowed slightly in job creation and the market has continued to rise. But numbers are beginning to trend down, and should Trump be re-elected, a second term will be less likely to be able to ride on the success he inherited from President Obama. But to this point, it is my opinion, based on these numbers and other research, that Donald Trump has not done anything of much significance for us regarding the economy since taking office. His deregulation will have terrible consequences for the environment, the number of uninsured Americans will likely continue to rise and there is not currently any Republican-backed legislation that works to increase wages for the middle class.

Is the economy good? Yes. But it was good in 2016. Give credit to Trump for maintaining it. But he is certainly not the architect of this success.