All or Nothing May Mean Nothing for All 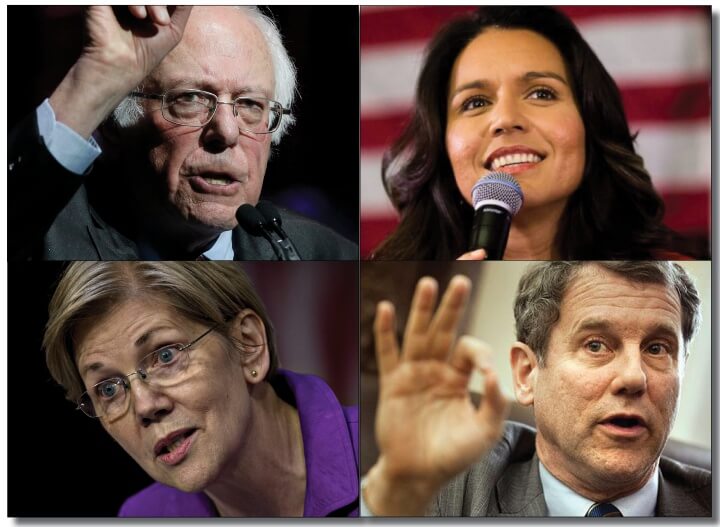 It’s early 2016 and I am watching one of the Democratic primary debates. It’s Hillary and Bernie, and I am on the fence.

On the one hand, Bernie Sander’s political views align almost entirely with my own. I like the idea of free higher education and universal healthcare. I have a deep distrust of corporate America. I think we have been dependent on oil and fossil fuels for far too long, and I think we spend far too much money on war and defense when there are Americans struggling to make ends meet, even with two full-time incomes. Bernie is about people helping people, Americans helping Americans, and it shows in what he’s fighting for.

On the other hand, there is Hillary Clinton. She is poised. She is proper. She is extremely intelligent and she is a fantastic public speaker. Her points are informed and delivered clearly. She clearly cares about Americans, but her passion is in the policy and inner workings of legislation. She doesn’t have the same personable, grandfatherly demeanor as her opponent, but at a minimum, she is a force to be reckoned with. Just before this debate I was on her campaign site, and it had more issues than I was ever aware of, each fleshed out with full plans. Not just excerpts or summaries, but in depth descriptions of how she would tackle each. It was nearly overwhelming.

Now bear with me – long-term I don’t remember specifics well, but I do remember how I felt in a specific moment, and this is one of those instances. The moderator had asked several questions, and each candidate had given their responses. I liked what they both had to say. Like Hillary or not, her views are far from unpopular. Bernie started strong with his calls for a better America, universal healthcare, rights for workers. But then something shifted. I found I was getting frustrated. The moderator would ask a question and Hillary would answer, clearly laying out policy or using real life examples to support her point. She would reference her experience, and tie it in to what she was saying. Her answers were comprehensive.

But Bernie’s were, increasingly, not. His answers were surface level. Hooray for universal healthcare and free higher education, but what about foreign policy? What about a specific path forward on immigration? How would he pay for these programs? Sure, the ideas were popular, but what do the logistics look like? So my frustration grew, not because I didn’t agree with Bernie, but because I suddenly realized I was routing for him, and he wasn’t coming through. It’s like watching your favorite hockey team get trapped in the neutral zone over and over again, unable to make any passes, trailing by two goals with 10 minutes left in the game. You know they are better than they are playing, but they aren’t really demonstrating it.

So here we are, a year and a half from election day 2020. The field is forming, and Bernie is back. His message has not changed, nor has his popularity. What has changed is the environment in which he is running.

First, he is not the only progressive in the field, not by a long-shot. Elizabeth Warren launched her campaign early and is already pushing specific policies Hillary style. Tulsi Gabbard is fresh and young, and a member of the military bringing a well-rounded image into the fray. Even outside the race, the popularity of AOC has shown that Bernie is not necessarily the face of progressive America anymore. He is simply a player on the team.

And second, and perhaps most importantly, he is running for president in the age of Trump. Now last time around, there were some rather unfortunate comparisons drawn between Bernie and Trump, even though they could not be further apart in philosophy – except in the most crucial of ways. Both men are perceived to be champions of working class Americans. Bernie fights for universal rights, whether it is worker rights, the right to healthcare, the right to vote, the right to education. Likewise, Trump’s message was all about helping the middle class by improving the economy and bringing back coal and keeping jobs in the US. Though different, the message appeals to a vast demographic that has the ability to swing an election.

And we all need to understand this.

You can disagree with me here, but it wasn’t the DNC that cost Bernie the 2016 primary. It was the south. He won just one state south of the Mason-Dixon Line (OK), and despite his pro-middle class message, he failed to carry Pennsylvania, Ohio, Kentucky, Iowa and Illinois. Conversely, of those states, Donald Trump carried all but Oklahoma and Texas (home of Ted Cruz), Iowa and Ohio. To put it simply, Trump did well in primaries where Bernie didn’t. And I think the primaries are important to look at, because those working-class demographics will be what decide the 2020 election should Bernie Sanders win the nomination.

Since the election, Donald Trump has painted Bernie Sanders as a socialist (of course I see no issue with that). But those who voted for Trump seem to have galvanized to his positions. What this means is that pro-Bernie voters in 2016 may very well have been converted to paranoid anti-socialists who wouldn’t think twice about Bernie Sanders this time around.

You’re thinking – “Ok, what’s with all the Bernie bashing. You’re mostly wrong about everything so far. Why am I still reading?” And that’s fair. But this isn’t about bashing Bernie. This is about taking a look at the political climate in 2020 and realizing how drastically it has changed in 4 years. Bernie probably would have beat Trump in 2016. I believe that. But I don’t believe he can beat him now because Trump has converted many of Bernie’s core demographic.

“But all the millennials love Bernie.” Yes, we do. But we need to understand that there is a middle America between the coasts. We need to understand that, contrary to any surface conclusions, there are people in this country who equate Bernie and Trump. They see champions for the working class in both of them. And the decision is made right there. They don’t need to get beyond that point. They don’t care so much about universal healthcare, or free education, or social security or even who we are at war with as much as they care about feeling represented by the man up top.

So how do those people feel now, in 2019? They voted for Trump, or they abstained from voting. If those that voted for him feel energized and like what they see, why would they jump teams?

Right now, there are over 24 candidates who have declared for the nomination, and in my eyes they are all more qualified than Donald Trump. Would I love to see a President Sanders? Absolutely. Could I live with President Warren, or Gabbard, or O’Rourke, or Biden? Absolutely. I’ll settle for any President who doesn’t have an awful track record with women and doesn’t have multiple campaign staffers in prison. Alas, the bar has been lowered, and taken on the consistency of an elastic band.

So why should I “Bernie or die?” I am an idealist, and I believe now is the time for a more progressive President to lead the nation and buck the global trend of far-right leadership. I believe he gives us a good shot at healthcare reform, and I believe he has a deep love for the working class and will fight tooth and nail to better their lives.

The only consequence is that if he loses the primary, and I abstain from voting in the general, I will guarantee that I will not see anything close to the progress I want. If enough of us stay home, we are just ensuring four more years of scandal and misspelled tweets and any destruction inherent with that combination.

If I vote for any other Democrat, at least I will know they won’t repeal Obamacare, or try to privatize the postal service, or repeal the right for a woman to have autonomy over her body. At least I know that there will be some effort to better our immigration laws through legislation. At least I know that I will gain protection as a consumer and from Wall Street. Or, at the very least, I know my chances are better.