The Stock Market Got Trolled – So Why Do We Risk Our Futures in It? 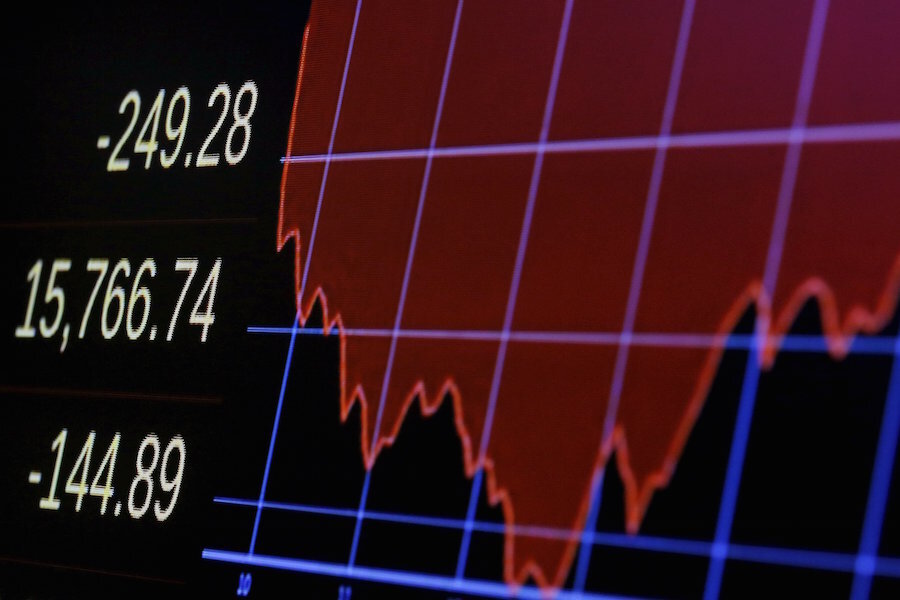 I don’t know much at all about stock trading. But I do know this.
Shorting (betting against) stocks was a huge reason for the 2008 collapse. My EXTREMELY basic understanding of that situation is that banks offered sub-prime mortgages to a lot of Americans who couldn’t actually afford those mortgages.

Banks then pool mortgages together and use them as backing as a way to sell bonds to investors. As the mortgages are paid off with interest, the investors get paid. The overall idea is to stabilize the housing market which is generally what the practice I noted above does.

Mortgage pools (CDOs) receive ratings for the level of predicted risk for investment. A pool that contains mortgages that have a very high likelihood of being paid back can earn a AAA rating. Some funds, like pension funds, can only be invested in these “secure” bonds. Ok, we are still good.

But before the 2008 crash, banks began creating full pools consisting of primarily sub-prime mortgages. The thought process behind it was something like…if you put a whole bunch of risky assets together, they should balance out.

And these new, risky pools were rated AAA – Super Safe. Because stupidity.
Then some super-smart Wall St. types decided to actually do research, put two and two together, and realized that it was far more likely that all the bad mortgages were REALLY bad mortgages and would probably fail. So the Super Safe AAA pool, they reasoned, was actually an imminent failure.

So they “shorted” those pools. In simple terms, they would borrow a stock/bond from someone already invested in a pool. They would immediately sell it, let’s say for $100. They now have $100. Then they wait. When they feel the price for the stock/bond has dropped enough, they re-buy the stock. So let’s say they repurchase at $40. They now have the stock which they can give back to the original owner, but they have profited $60.

That scenario ended up with those who shorted the CDOs getting paid…everything, the banks were unable to collect mortgages and therefore could not pay back investors, and the market crashed. That’s a really huge example of a successful short.

So an investment firm made it public that they were going to short Gamestop. A stock trading community on Reddit decided they wanted to spoil these shorts. They bought Gamestop en-masse, raising the value of the stock.

So let’s say the guy who is shorting Gamestop sold his 1 share for $30. He is waiting for the price to go back so he can return that share to the original holder, and pocket the difference. But the stock value went up due to the Reddit vigilantes.

The guy who tried to short the stock still has to buy it back so that he can return the share he borrowed. Except now the stock is worth $300. To buy it back, he will lose $270 dollars. Multiply that over thousands of shares and the outcome is that the investors shorting the stock take massive losses…losses so large that entire firms have to file for bankruptcy.

And this is why Wall St. is crying foul. This time it is not some Wall St. insiders shorting the market, it’s average people. When trading opened 1/28, the day after the Gamestop surge, multiple trading platforms limited trades to and from Gamestop. They essentially tried to stop the concerted effort of the little guys in order to curb some of the instability and losses that “Wall St.” was suffering.

There was no flaw in the system. The market has been, and likely always will be, open to this kind of manipulation. The stock market has never been a guaranteed bet, and there are no intrinsic regulating forces that can thwart mindless surges like the one we just saw. This can happen with any stock, at any time.

The action of the brokerages to limit trading is the only indicator you need that Wall St. only wants certain people playing the game. It is further proof that if the rich and powerful have a plan, they will not take kindly to others messing with it. But this is wrong. The market is open, It is not only for elites. And those Wall St. regulars are upset that the market was outed as a glorified craps table, subject to random acts based on nothing more than wanting to troll someone.

And this isn’t new. Again, I’m not big into trading or financials, but a few years ago I put a few dollars into BitCoin to see what that was all about. I soon learned about other crypto-currencies and eventually about the twitter account of John McAfee, the man who created the little red shield that you’ve probably seen inhabiting a taskbar somewhere.

During the same time I was following crypto, John McAfee would routinely tweet about which cryptocurrency to buy. He became so popular that his single tweet recommendations actually skewed the crypto market. There would be a surge of crypto purchases on whatever cryptocurrency he was advertising. So a multi-billion dollar, international market was being influenced in a big way because of a single tweet.

It’s the same situation. It’s unpredictable, it’s volatile, and it is not immune from being trolled.

If you win too often at a casino, they find you and politely ask you never to come back. There is no such regulating force on Wall St.

Most of us trust our retirements to Wall St. in the form of 401ks. If you have a Health Savings Account, part of that can likely be invested and is tied up in Wall St. As a nation, we have enabled the needs of the businesses, and those who look to profit off of them, to have control over our futures. We have entrusted our well-being to a system that gives no guarantee or certainty of success.

Not so long ago, many companies offered pensions, where your employer would reward you with payments after retirement as a benefit of your commitment to working for them. The pay was guaranteed, and though it did not have growth potential like a 401k, you weren’t going to suddenly lose everything.

But as we do in America, we gave up security for a chance at more.

The stock market has long needed substantial regulations that better protect investors and limit exploitation. Actions like the Gamestop buy, as delightful as it is, just further prove that the system that so many of us trust our futures to is broken. And if even for a day the money flow to the top stalls, the powers have no issue “self-regulating” by limiting trades to ensure that the “correct” people are controlling and profiting from the market.

I believe the well-being of each American and their financial futures should be in the hands of the citizen, not the stock market. For those who say “you don’t have to invest” are out of touch. I am 33, and someone my age is projected to need well over 1 million dollars to be able to comfortably retire, and even if you save religiously, it is unlikely someone will be able to stash 1 million dollars without some form of investment.

I believe that investment should be a choice, not a necessity.

But if we are going to be forced to gamble with our savings, we need to make damn sure that the rules and regulations governing the stock market work for those of us with almost everything at risk, and not just for corporate elites and financial firms.