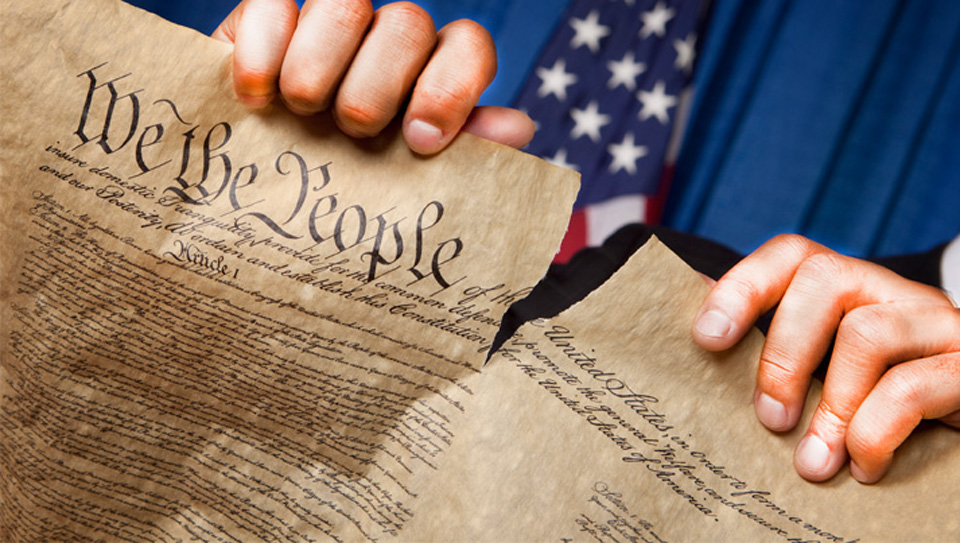 Impeachment hearings are back underway this week. Today, four constitutional lawyers sit before the House Judiciary Committee to provide their insights into whether the facts laid out in prior hearings can be considered grounds for impeachment.

Many excellent points were made today by all the lawyers, whether they were invited by the Democrats or the Republicans. Most argued that the facts laid out by witnesses in prior testimony already rose to the level of impeachable offenses. Three of the four lawyers believed that the President abused his power by asking/demanding a favor from the President of Ukraine in exchange for a White House meeting while threatening to withhold Congressionally approved funds from Ukraine – a country currently involved in a hot war with Russia. The favor was that the President of Ukraine investigate former Vice President Joe Biden’s son, potentially providing political ammunition against a political rival in 2020.

From here, we are lost. The President is lost. The House of Representatives – both parties – are lost, and therefore many of the American people are lost. Lost in details and misdirection that frankly have no relevance or bearing on whether or not this President should be impeached and removed from office. I’d like to take the next few minutes of your time to lay our what I believe really matters, and detail some of the frightening truths that threaten to weaken our democracy forever.

First, the facts that matter.

Much has been made about there being a “quid pro quo” agreement between President Trump and Zelensky. It was the first argument President Trump and Republicans made – “No quid pro quo.” So I want to be clear. There doesn’t need to be a quid pro quo. President Trump merely asking a foreign government to investigate a political adversary and fellow American is enough to constitute an impeachable offense. Just the ask weakens our national security. It shows a weakness and a need on the part of our President, and opens the door for other nations to exploit that weakness. President Trump giving something in return simply amplifies that severity of the crime tenfold.

Next, Donald Trump admitted that, not only did this call happen, but released a transcript which explicitly detailed him asking President Zelensky for a favor for all to see. As many pundits have stated, there is nothing left to uncover – we had the confession from the start.

Last month, career foreign service officials testified that, not only did the call happen, but that there was a prolonged and concerted pressure campaign to leverage power in Ukraine in regard to the Biden investigation. These officials testified to the involvement of Mike Pompeo, Rudy Giuliani, Rick Perry, and even Vice President Pence. Two men associated with Giuliani who ran a company called “Fraud Guarantee” have been indicted on campaign finance charges in regard to Ukraine.

Further, Trump-appointed ambassador Gordon Sondland testified that he placed a call to President Trump from a cellphone while in Ukraine in which he told President Trump that “He’s going to do it,” in regard to President Zelensky coming through for Trump on the Biden investigation favor.

It has been confirmed that the US aid to Ukraine was indeed held up at the Office of Management and Budget by the President, and new phone records reveal that Rudy Giuliani was also in contact with the OMB in regard to these funds.

In short. Trump made the call. The transcript he released details him asking President Zelensky for a favor. A Trump team including several US ambassadors, Mike Pence, Rick Perry and Rudy Guiliani were either part of or aware of a concerted pressure campaign on the new Ukranian President. Former National Security Advisor John Bolton, also seems to have been aware of this campaign.

And as icing on the cake, in a public press conference, White House Chief of Staff Mick Mulvaney confirmed there was a quid pro quo, and that they use them all the time in foreign policy…though he later tried to claim he never said what he said…which makes no sense since he is on camera saying it.

The White House has barred Mulvaney, Pompeo, Bolton, Perry and Giuliani from testifying in the impeachment hearings and have refused to turn over any documents, in defiance of congressional subpoena.

Everything stated above is a fact, summarized as best I could. One more thing on facts. It has been argued that there are no facts present in regard to this inquiry. However, multiple witnesses gave sworn testimony before God and the law and under threat of perjury. Republicans have not challenged any of that testimony, and yet they still state there are no facts. Unless Republicans pursue perjury charges against any of last month’s witnesses, I think it is safe to assume they were all being truthful.

Let me be clear. Hunter Biden could literally testify that he took a position within a corrupt Ukrainian company to personally benefit from that corruption. He could admit he only got the job because of his last name. He could even say that he employed his father, then the Vice President of the United States, to remove a Ukrainian prosecutor from power to avoid getting into legal trouble. He could say all of that and it wouldn’t matter. Because that’s a separate case, if you want to go there. It doesn’t change the fact that…

As stated before, quid pro quo doesn’t matter. Trump doesn’t need to offer up anything for this to rise to impeachment. Asking a foreign country to help you with an election bid is impeachable, period. Threatening to withhold aid and offer up a White House meeting just makes it way, way worse.

What President Zelensky says doesn’t matter. This may seem counter-intuitive, but at some point, we need to apply common sense. Why the hell would a newly elected leader of a nation admit to the world that he was allowing his nation to be held hostage by the United States over the political aspirations of Donald Trump? It would make him look weak. He would lose the faith of his people. He would undermine his own standing, and he would appear that much weaker to a Russian offensive that has taken 7% of Ukraine’s land.

The Whistleblower doesn’t matter. Sure, the Whistleblower complaint started this inquiry. But there is so much information now, so much testimony, so many additional timelines. And all of that information is far more valuable, far more extensive and likely more credible than anything the Whistleblower might be able to attest to. Republicans have already made clear that they are interested in second-hand information.

The election doesn’t matter. And I’m going to go a different direction here. The argument that we should forego impeachment because there is an election in a year is ludicrous and irresponsible. it enables bad behavior to continue, unchecked. It’s punting. And it is in this argument that we start to see the real failure of America.

And it’s not just Republicans sitting in congress. The government is for the people, by the people. And we, the people, are failing in the governance of our nation and in holding our nation to a high standard.

Now that’s not to say the Democrats are perfect. This is an important moment in our nation’s history and election cycle should not cause this process to speed along. In a situation as important as this, politics CAN’T matter. Fifty-percent of Americans currently say that Trump should be impeached AND removed from office. That’s unprecedented. It’s unthinkable. But that number should be 90%, because what President Trump is accused of is egregious. It is beyond Watergate. It is beyond the Clinton scandal.

So Democrats should force Trump to the courts. They should force the documents they subpoena’d out to the public. They should wait for the courts to order key witnesses – Guiliani, Bolton and Mulvaney, specifically, to testify. It doesn’t matter if it drags on or is unpopular. We must have the information. We must make the facts bear our so clearly that Trump betrayed this nation that even his most avid supporters would feel shame if they tried to defend him. Half the nation is already there. Nixon did not resign until the courts ruled against him. The same pressure must be applied now.

The history books will say this.

“In 2019, an American President enlisted the aid of a foreign nation, Ukraine, in order to attack and undermine a political rival and fellow American in the hopes of securing his own reelection, thereby corrupting the constitutional election process and using the power of his office to coerce a foreign nation affect the outcome of a US election.”

Donald Trump enlisted Ukraine to help him in his election. The only question that we, the people should be asking is “Do we want to live in a country where our President can force other nations to help support their reelection over their political opponents?”

To me this answer is obvious. This should never be Ok, and we as Americans should never, ever be willing to tolerate it.

But here we are. We have elected officials completely ignoring the facts before them, buying into conspiracy theories, placing their party before their nation. We have American citizens saying that what Trump did is not wrong. They don’t deny he did it. They just think it is acceptable.

There is no gray area here. If it is unacceptable, it cannot be allowed to stand and President Trump must be impeached and removed from office. If we think this is acceptable, and that all future Presidents should do it, then we will not impeach and remove, and we will sit that precedent for our nation.

I am relatively young. One day, Donald Trump will be so far in the past it will be (hopefully) laughable. Removing a President is serious. But not removing a President can be even more consequential. We have to ask ourselves what kind of country we want to live in – a nation with the highest regard for our laws and our Constitution, or a nation ready to open the door to foreign influence and the crumbling of this great experiment.

With no hyperbole, I can confidently say that our Democracy is at stake in this inquiry.