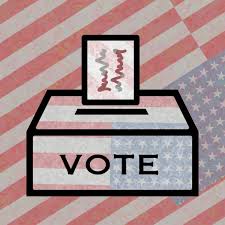 In America, our elections are our greatest civic responsibilities. We have the ability to head to the ballot box and cast a vote for the people who we believe will best represent us in government. And those choices make a difference.

Vote for the old-time insider, and you get more of the same. Vote for the new up-and-comer, and take a chance at something different. Candidates represent different values, are stronger on specific issues, come from different backgrounds. Our votes hold weight. They are one of, if not the most valuable resource a US citizen possesses.

But lately, the the very day in which we exercise our right to vote, Election Day itself, has become politicized. “Well, Gerry, Election Day is all about politics, what the hell are you talking about?”

And you’re right. Election Day is about politics. It is the day in which citizens get to choose the future leaders of our towns, states and country. However, the last decade has seen near-unprecedented divide in American politics. Republicans and Democrats stand opposed on nearly every issue. The more “extreme” wings of each party gain a louder voice with each passing cycle. It is not just Republicans vs. Democrats, it is Antifa vs the Alt-Right, it is the Progressives against the Tea Party, It is the Progressives and the Tea party vs. the moderate factions within their respective parties. The lines are clear.

And it is within this climate that election day itself has become a political talking point used for political gain or personal advantage.

In 2016, Justice Antonin Scalia passed away, leaving a vacancy on the Supreme Court. President Obama named a nominee, Merrick Garland, about a month later. At the time, Obama had nearly a year left in office. However, in an unprecedented move, the Republican-led Senate claimed that since 2016 was an election year, a judge should not be confirmed. Garland actually had wide support from Republicans, but most took up the party line and held that they did not need to advise and consent “so close” to an election.

And no vote ever came. Despite being a widely popular nominee, Garland was never confirmed. His nomination expired with Donald Trump’s inauguration, after 293 days. After effectively stealing the nomination from President Obama, and breaching their constitutional responsibilities, Republicans appointed their own justice, depriving the well-liked Garland of a post he more than deserved.

Since this theft, Senate leader Mitch McConnell has stated multiple times that should a justice die in 2020 prior to the election, he would absolutely fill the position, laying his hypocrisy out for all to see while making a mockery of the Constitution and American institutions. He played politics with our election day for political gain. Very few on the right objected.

And here we are once again, with Election Day being used as a fail-safe for Republicans.

In recent weeks, and rather rapidly, an impeachment inquiry into Donald Trump has materialized, gained steam and by all accounts, been legitimized. Multiple whistle blowers have come forward alleging that Trump used his office for personal political gain. Further, testimony from officials corroborates those claims. Furthermore, Vice President Pence has been implicated in the Ukrainian scheme, and Trump’s personal lawyer, Rudy Giuliani, has allegedly been working “back-room” deals with Ukraine for some time. Two men connected to Giuliani were arrested last week. Their company “Fraud Guarantee” — I know… — had paid Giuliani $500,000 from dealings with Ukraine.

These facts are all easily verified, as all media outlets are reporting on it. The events are clear.

So at a minimum, the case against Trump is serious. Not only does it seem to lay out enough evidence to constitute impeachable offenses, but there is also a strong case that he actively engaged in criminal behavior.

And yet, the call from some Republicans (not all) is that since there is an election NEXT year, that we should just wait for the voters to decide Donald Trump’s fate. As of this writing, Donald Trump has 463 days left in office…170 days more than the totality of the Garland nomination. If you follow Republican logic, they believe a President’s power should end a minimum of 293 days (roughly 10 months) before their term ends. However, in Trump’s case, they believe 15 months is a perfectly reasonable amount of time to wait, despite having a President in office whose impeachable offenses go beyond those of Nixon’s, and despite those offenses being, in all likelihood, criminal.

Why is it that Election Day is suddenly an excuse being used to suit personal or political means? When I go to the ballot box, I am voting for a President to serve a four-year term. Not three years, not two years, not three and a half years. Four. Years. Any President, regardless of party, should have the full authority of the office for the entirety of their term. Likewise, a President should be held accountable for the totality of their term.

A town over from me, in Fall River, MA, the mayor there has been twice accused of federal crimes. He was actually recalled from office, only to re-win the office when he gained more votes than the many others who ran against him…all on the same day. So a Mayor accused of federal criminal crimes remains in office. He is set to stand trial in February. Is this the standard we want in America? Should credible criminal charges hold so little weight that we, as citizens, allow those charged to remain in office? There is always someone else who can hold that office. If the subject who is charged is acquitted, they would be free to run for office again. But I believe it is insulting to any constituency to allow that kind of distraction to linger over any administration.

Elections being “close” does not excuse reprehensible behavior. Election Day is not a get-out-of-jail-free card. The fact that the day itself is being utilized as a political weapon is an insult to all voters in America, and it diminishes not only the weight of the votes we cast, but the value of all of our institutions.

We need clear, well-defined parameters put in place that protect how our Election Day is utilized in politics. A President should not be rendered powerless due to an election 10 months away, and a President should not be allowed to escape accountability because his term might end in 15 months. Terms matter. And as long as someone holds an office, they need to have both the power assigned to their office, and the responsibility and accountability that goes with it, from day one to the very last day.