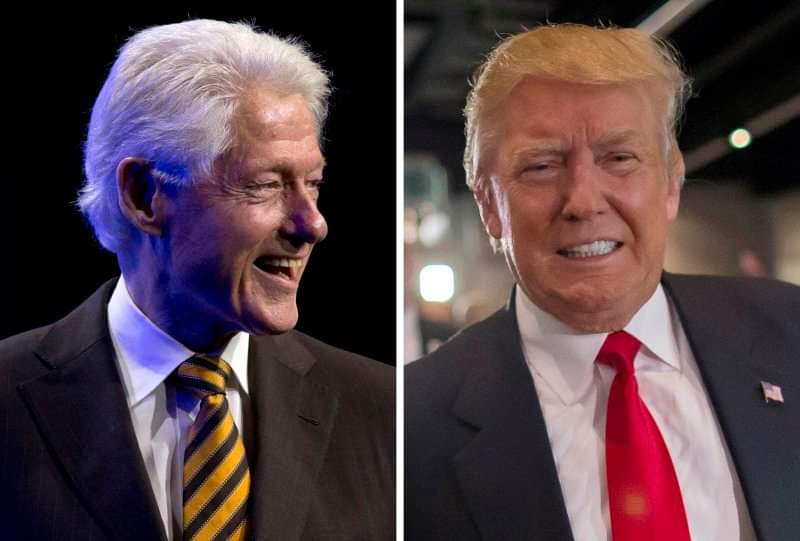 For just about as long as I’ve been alive, Impeachment has been a term loosely thrown around. When I was a kid, Bill Clinton did whatever he did with Monica Lewinsky, told everyone he didn’t do it, and then ended up being impeached since, you know, he lied.

He was one of two presidents ever impeached, the second being Andrew Johnson, who was impeached largely because no one liked his policy positions or his appointments.

Richard Nixon was no impeached, though he is probably the one person who would have been impeached and subsequently removed from office. He resigned before the formal process began.

During Barack Obama’s presidency, there were calls for impeachment over policy issues and process issues, largely relating to healthcare. None of these calls ever gained any serious traction, either.

And here we are, at the beginning of the second formal impeachment inquiry of my lifetime.

The first thing to understand is that impeachment is a two part process. Think of the House of Reps as the police and the Senate as the Judge and Jury. Last week, the House opened up a formal impeachment inquiry. Essentially, they are investigating whether Donald Trump committed any acts worthy of impeachment. These can be high crimes or misdemeanors, treason, felony, etc.

In all likelihood, Donald Trump will be impeached. The House likely has the necessary evidence to move forward and the votes to pass the articles of impeachment. Articles will likely be some blend of high crimes and misdemeanors, and obstruction of justice.

If the articles pass, the Senate will then take up a vote on whether to remove the president from office, essentially convicting him of the articles of impeachment. This requires a 2/3 super-majority to pass. Again, no president has ever been removed from office.

This One Seems Different

So what’s the likelihood.

We don’t have a ton of information so far, but the info we do have is pretty damning. What I say below is based off the official complaint, which can be read here.

A whistle blower reported that Trump tried to use his position of power to persuade a foreign nation, in a phone call, to assist him in the upcoming election by digging up dirt on one of his potential opponents, Joe Biden. Now there’s a ton of information in regard to Trump’s motivation into the investigation of Biden and Biden’s son, but I won’t get into it here. Bottom line – the whistle blower reported Trump’s attempt to receive foreign aid in his 2020 election bid.

The whistle blower also alleged that the transcript of the phone call was not filed in a conventional manner, but was instead moved to a code-word level classified system that is typically reserved for the utmost matters of national security. The allegation also speculates that this was done because White House officials understood that Trump had essentially broken the law and attempted to “lock down” the evidence. The whistle blower also insinuated that other transcripts may have been dealt with in a similar manner.

Other questions involve Rudy Giuliani, Trump’s personal lawyer, and his involvement in Ukrainian dealings. Mr. Giuliani is not a US official, but has allegedly been deeply involved in discussions between the President and Ukrainian government. Some question was raised this week over whether Mr. Giuliani even had a security clearance and whether he should be privy to such sensitive information.

Finally, the Vice President was scheduled to attend the inauguration of Volodymyr Zelensky, the newly elected President of Ukraine. This trip was cancelled, and the US delegation was lead by Rick Perry instead. The whistle blower alleges that speculation in regard to this sudden change was that Trump wanted to see if Zelensky would “play ball” before the US showed any high level of recognition.

So to summarize, the report alleges Trump violated election laws by attempting to enlist the help of a foreign nation in his re-election bid.

The report alleges that White House lawyers may have been aware that the President likely committed a crime, and then ordered the transcript of the call to be stashed away in a highly classified computer system.

The report alleges that there may have been further discussions about similar matters with Ukraine conducted by Rudy Guiliani and other member’s of the Trump administration.

The report alleges that Donald Trump may have cancelled Mike Pence’s trip to the Ukraine for newly elected President Zelensky’s inauguration, because he wanted to make sure Zelensky was willing to “play ball” with the Trump administration before giving him the larger recognition of a Vice Presidential delegation.

There’s a ton of information to unwrap.

The transcript clearly shows Trump pushing Zelensky to investigate Joe Biden, thereby corroborating the whistle blower complaint. It is a bit curious why the White House would release these documents, but it may have been the only way to get ahead of the story. These documents would eventually be released to congress, so they likely thought it better to release them and downplay them as if they were no big deal, rather than conceal them until they were forfeited to congress as part of the inquiry.

There has been discussion as to whether a quid-pro-quo needed to exist in order to equate to any real wrong doing. I find this discussion amusing, because I think it wonderfully illustrates just how much morality in America has degraded over these past four or five years. Is it not enough that the President asked a foreign leader for help on his own election? It is pretty clear him asking alone breaks federal election laws. Would him receiving something in return make it worse? Oh, hell yeah. But in the same way murdering someone because you were hired to is worse than murdering someone in an act of passion.

The pattern is too clear to ignore. The FBI was investigating Trump in the summer of 2016 because there may have been collusion between a foreign nation and the Trump campaign. We all heard Donald Trump ask Russia for Hillary’s emails, and we all heard him proclaim his love of Wiki Leaks.

And despite the findings of the entire intelligence community that Russia did interfere in the 2016 election in a coordinated and effective effort, Donald Trump continues to deny that it was Russia who interfered. He publicly stated, while standing next to Vladimir Putin, that he did not believe Russia was responsible for the hack. He choose the word of a foreign leader over the entire US intelligence community.

That behavior is curious. For any American who cares about election security, it’s frustrating. We had two years of questions about election security, in large part because Russia interfered, and in large part because our president may have accepted their aid. We were told there was no clear evidence to support collusion between the Trump campaign and Russia.

But just months after the release of the Mueller report, we have this new incident. And unlike the 2016 campaign allegations, these allegations were brought with evidence…evidence released by the White House itself. This one is different, but its implications are just as far reaching.

A sitting President of the United States makes a phone call to a newly elected leader of a foreign nation. On that call, he wonders aloud why Ukraine hasn’t reciprocated the favors the US has afforded them. He then asks this new president to investigate a political opponent. The content of the call is so damaging that White House attorneys order that the document be stashed away on a highly classified system so that it won’t be known the to public. This information is reported. The President says those who leaked the information should be considered spies, and implies they should face execution. This statement is seen as witness tampering/intimidation. In its inquiry, the House interviews multiple staffers who corroborate the whistle blower complaint. They are able to establish conscience of guilt, proving the President and his staff were aware their actions were illegal. They are able to prove this information was intentionally covered up. They are able to establish that the President sought the aid of a foreign nation in his own re-election, using the power of his office as leverage.

In the upcoming weeks and months, many White House officials and members or the administration will be questioned. Given the weight of the moment, I think facts are vitally important. This cannot be a political gambit. I want facts, we need facts. But something in my gut tells me that this time, we will see the truth, whatever that means.