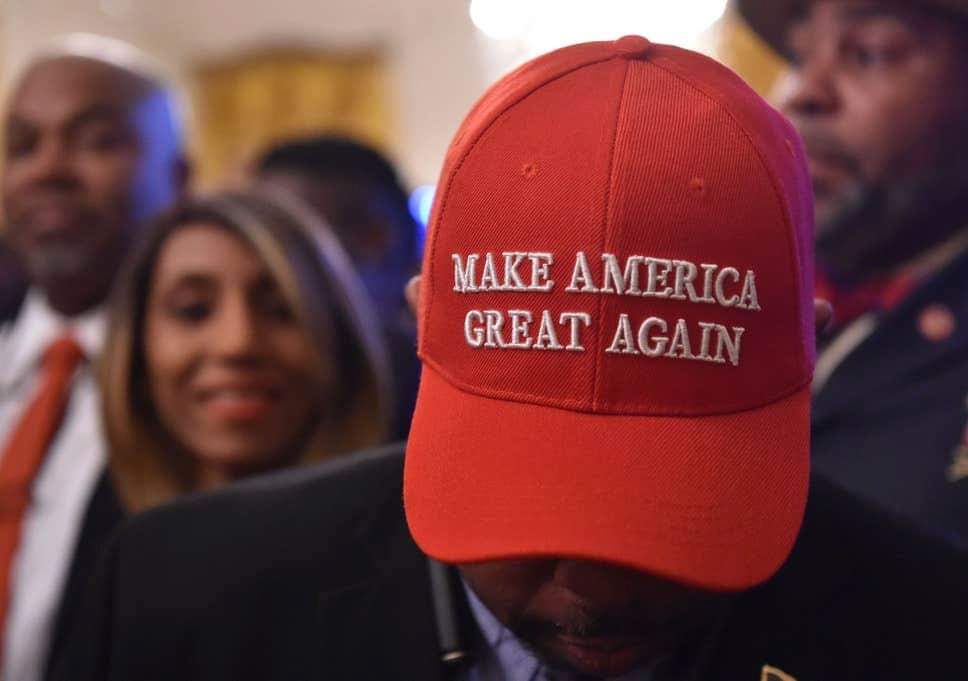 It’s nice to meet you. I mean that, sincerely. I’ve actually known some of you for many years, before you were Trump supporters, and many of you are excellent people.

The last few years have been tough for me. I know that isn’t necessarily the case for you, not as far as politics are concerned anyway. Maybe you felt the joy I felt in 2008 when Barack Obama was elected. After all, a lot of people who voted for Obama ended up voting for Trump. Can you help me to understand that?

Like…Obama was dignified, brilliant and respectable. He spoke thoughtfully and with emotion. He showed passion on issues he cared about and he wasn’t afraid to take a chance. He was serious when he needed to be, somber when he needed to be, and funny when we needed him to be funny. His White House held daily press briefings, jobs grew, the economy recovered. I think the best part is that we didn’t have to think about or hear about politics every single day. The world went on churning. It was easier. Do you feel that way? Do you ever get tired of hearing the latest Trump debacle? Or are you tuned out completely because you trust him?

I felt that joy in 2008. Maybe you did too. George W. Bush was gone. The administration of bad intel was gone, the goofy speeches were gone, Dick Cheney was gone. The wars continued, but we had hope they would wind down. Here was a new president who believed in something greater. Here was a president with hope. “Yes we can.” The first African-American president…it felt like the USA had turned a vital corner. We were beginning to overcome some of that haunted history.

So maybe you could understand my concern when the red hats debuted. “Make America Great Again,” they said. Here I am thinking that we had just had eight years of progress and healing from the atrocities of America’s past, and here are these red hats, blazing, aggressive, demanding a return to something that just felt…a little dangerous. Of course, that was all deep in my subconscious.

I remember watching Trump announce he was running for president, live. It was ridiculous. I remember actually laughing out loud at the absurdity of that speech. There were no details, no policies, no real message. There was build a wall, but that was equally absurd. He’d be out before Iowa.

But he wasn’t, and I still don’t know why. Jeb Bush was qualified. John Kasich was qualified. Marco Rubio and Ted Cruz ran, and they were experienced banner-waving Republicans. Rand Paul ran, for the libertarian crowd. And Ben Carson ran…the one man who rivaled the absurdity of Trump – a close second. They all promised what many of you want. Overturn Rowe v Wade, lower taxes, deregulate, fund the military. Sure, Trump said it louder at times, but really, what was the difference?

Was Trump more likable? That’s kind of hard to believe. Well…maybe more likable than Ted Cruz. Was Kasich too soft? Too nice? Rubio was poised to be the new young face of the Republican party? What happened there? Did you buy into the “little Marco” taunts? “Lyin’ Ted?” Was it those quick, funny quips that made you like Trump? Did you like that he degraded the other candidates?

If you chose him for his policies, can you explain what made the policies he described in the primaries better than what the others had laid out?

Because I didn’t hear any. As much as I dislike many of those listed above, they were almost all better prepared and better qualified than Trump. They all had more substance. At first it was funny to watch Trump outlast some of them…it must have really turned their lives upside-down. But the longer it ran, the more concerning it became. Who was supporting him? Why? There were so many decent, well-informed Republicans on the stage. Why this vulgar old man?

Then came the onslaught. He called Mexicans rapists and murderers. He began using racially charged rhetoric at his rallies. He began attacking the media, all outlets aside from Fox News. He attacked a gold-star family. He made fun of a handicapped reporter. Sexual assault accusers came forward. He said he “grabbed women by the pussy.” He paid off a porn star to keep quiet about him cheating on Melania with her. He implied Ted Cruz’s father was involved in the JFK assassination – maybe a great idea for a Judd Apatow comedy, but in a real political context, this was disturbing. He said he could shoot someone on 5th Avenue and he wouldn’t lose any supporters.

How did he know you so well?

Did you not care about any of it? Were the other candidates so bad that you thought “It doesn’t matter how bad Trump is, they are worse?” Was Marco Rubio worse? Was John Kasich? Did you not cringe when you heard these things? Didn’t it turn your stomach? Did you ever think “how is this guy still in this thing? ” I did. Every day. And every day, it made me a little more nauseous.

Maybe you just hated Hillary. Was that the case? Maybe you were scared of a female president. Maybe you thought the only way that she could be beat is if you elected the most vulgar, womanizing, demeaning option available. Maybe you just really wanted to see her be made fun of. Maybe you just really wanted to shove it in her face that Trump won. I don’t know. I never understood the hatred people had for her. When she left office as Secretary of State, she had one of the highest approval ratings any federal official had ever enjoyed. People can turn on you quickly.

The only saving grace was knowing he couldn’t win. There just weren’t enough Americans who could overlook all the terrible things he had done, how he represented the worst in us, and just how un-Presidential he was.

But there were. And I think for me, that’s the worst part. At first, it was just a pure hatred for a man who represented everything that was wrong with America. But once he gained office, and actually managed to say worse things and even further tarnish American ideals and values, it became evident that people didn’t just support him, they felt the same things he felt. It’s a terrifying realization to come to that not only is racism alive and well in America, but that there are far more racists than we ever thought there could be. That there are people here who dislike immigrants so much that they’d rather see them die than be granted entry here. That a contingent of Americans can defend a president who says that white supremacists are “fine people.”

It’s easy to think we have made progress when there is an African-American president in office who is positive and hopeful. Somehow, that hope suppressed the voices and hatred of those Americans who seem to feel everything Trump feels. It made America feel safer than it actually is, closer to our ideals than we actually were. Trump managed to tear down the illusion that America had become a better place, to the tune of raucous rally-goers chanting and cheering as the curtain came crashing down.

That’s a painful truth to have to live with.

Do you feel any of that pain? Did the curtain come down on you too? Are you reveling? Are you generally apathetic? Once you stuck it to Hillary, did the next few years feel as satisfying as beating her, or was all the joy in the election? Did you think that through?

I know a lot of Trump supporters who, I believe, it they saw an immigrant dying of thirst in the dessert, wouldn’t hesitate in helping them. They would not stand for that person not being allowed treatment. I believe a lot of Trump supporters are all talk in their hatred and vitriol, and when it came to being a good human being, they’d be just that. Is that right? Or is the hatred authentic? Would you let an immigrant die because they weren’t born here? Would you deny healthcare to a homeless man? Would you laugh in the face of a handicapped man and make fun of him to his face? Some people could. Some people would. But is that you? And if it isn’t, how can you support that behavior?

I guess the thing is…if you’re a good person, if you want the best for people, how can you support someone who actively wishes harm upon others? Is it “just business?” Is it one of those “out of sight, out of mind things?” I am constantly wondering if some people are in perpetual denial or if they really do wish to live in the world that Trump wants to make. Does he give you hope?

What has he done for you these past few years? How have you benefited? Despite the awful things he has said and done in his presidency, would you vote for him over a non-Hillary? I don’t think you can hate anyone as much as you hated Hillary.

I’ve asked a lot of questions. I hope some of you are willing to answer. I want to be clear that I am not equating one Trump supporter with another, or insinuating that all Trump supporters exhibit all of the behavior or tendencies I have detailed above. This note may be all-encompassing, but it is not meant to suggest that every single Trump supporter has these feelings, so please do not take this personally.

I look forward to your responses, if you care to share them.